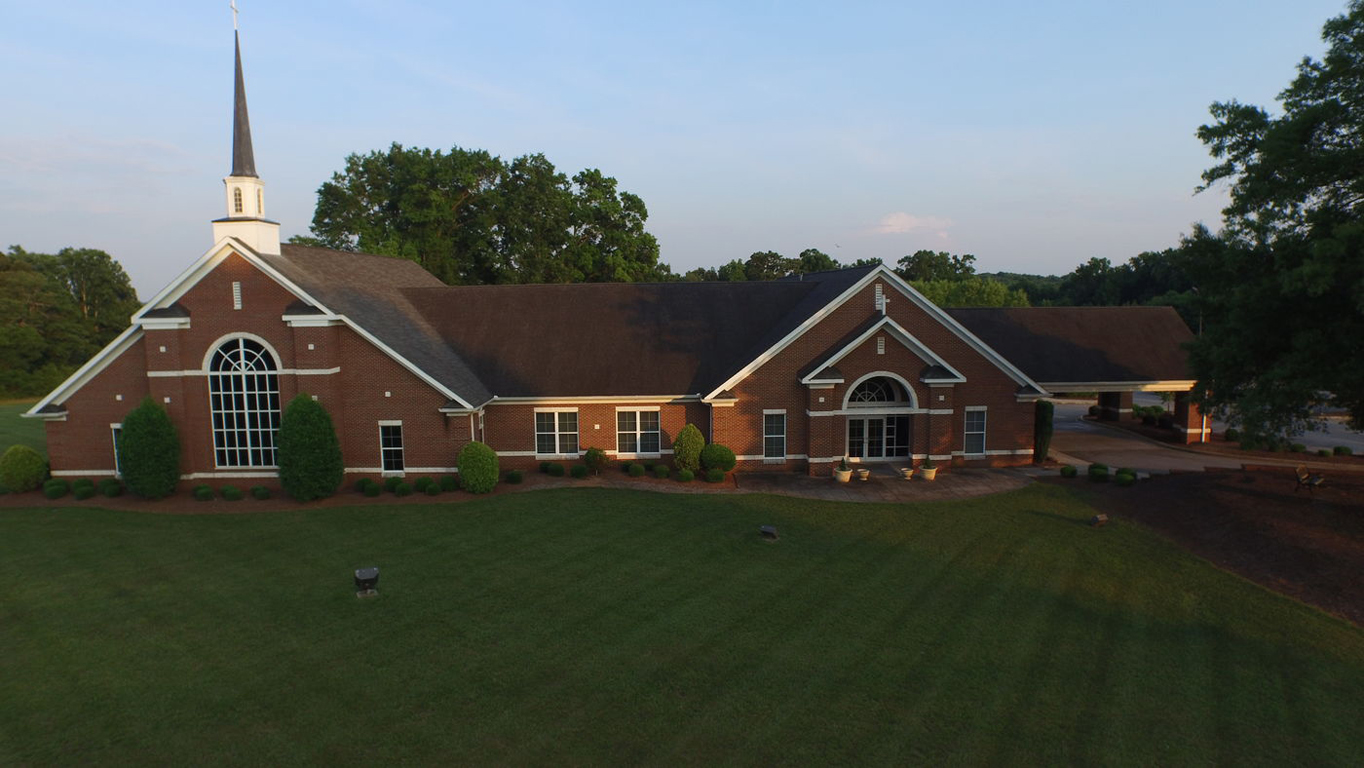 Along with the growing textile and furniture industries in southeastern Statesville during the early 1900's came a growing population to those communities and along with this growth came an initiative by members of Western Avenue Baptist Church to reach out to these "Mill Villages" with the Gospel of Jesus Christ; the first efforts at which resulted in their purchase of a four room house in the Diamond Hill community to convert into Sunday School classrooms.  Having functioned for some time as a Mission Sunday School ministry, under the sponsorship of Western Avenue Baptist Church, the Diamond Hill Baptist Church was constituted on January 3, 1926 with twenty-two charter members.  Over the next fifty years of ministry and numerous building projects, Diamond Hill would grow from its orignal 22 charter members to its 1976 peak membership of 805 with 645 enrolled in the Sunday School ministry. By the early 1980's the  economic downturn of the late 1970's was beginning to be felt in the surrounding communities as the textile and furniture mills began to slow their hiring and eventually to reduce the number of their employees.  By the mid 80's these factories began to close one by one and as they closed, many of the community's residents began to move away in search of new employment.  Among those relocating were many members of Diamond Hill's fellowship.  The decline continued until the late 1980's when one survey indicated that nearly eighty percent of Diamond Hill's members were driving into Statesville for services from outside the city limits.  Within the church, discussions were already underway as the membership continued to decline to less than half of its peak membership of 805 in 1976.  By the mid 1990's with attendence dropping to an average of 250 for Sunday morning services, discussions of relocation became more urgent and by December of 2000, Diamond Hill held its first worship service in our new facility at our present location. We have been blessed since that time to see many new faces visiting with us with many of those choosing to unite with us and we have also watched many of our beloved brothers and sisters go on to be with the Lord.  In many ways, we now consider ourselves a "church plant" in an existing facility.  We have an enduring and wonderful foundation of faithful members many having been with us since the very earliest years of the church's history.  Likewise, with many of our younger adults taking upon themselves the mantle of leadership, we feel as though we have an exicting future ahead of us as we look forward to 2016, our 90th year of ministry to our community.  At Diamond Hill's 50th Anniversary celebration, a summary of the church's history was distributed among those gathering to celebrate.  The last line of that summary was a prayer that might well describe our prayers for Diamond Hill at present.

"May all we do, in our beloved church, be geared toward proclaiming "THE BIBLE AS IT IS, TO MEN AS THEY ARE!"

We are thankful to God for a rich heritage of sound, orthodox, Biblical preaching and teaching at Diamond Hill and for sustaining within the hearts of our membership a gracious spirit that desires to minister to others where they are!